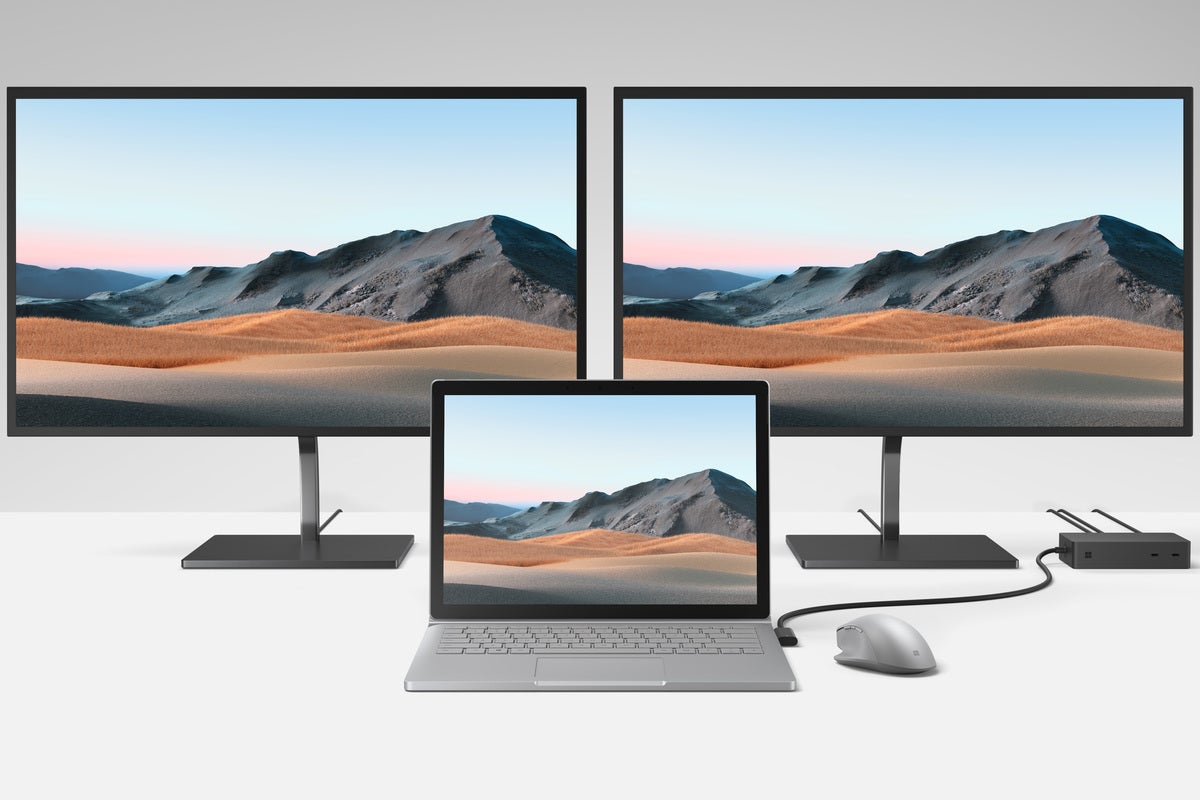 As Microsoft readies its Surface Book 3 to ship later this month, you might be wondering: Why doesn’t it have a 4K display? The answer, according to Microsoft, is simple: You wouldn’t be able to tell the difference anyway.

In 2015, the display resolution of the Surface Book was revolutionary: 3,000×2000 pixels, arranged in what is now a familiar 3:2 ratio. (It’s still the same in the Surface Book 3, though the 15-inch version includes a 3240×2160 display.) But it’s now 2020, and more laptop manufacturers are opting for true 4K (3840×2160) panels instead. According to Stevie Bathiche, Technical Fellow and an Applied Sciences Group lead at Microsoft, it doesn’t sound like Microsoft will necessarily end up following suit.

In fact, if you’ve been following Microsoft’s work in developing its high-resolution webcams, Bathiche’s answer may not be that surprising. “One of the things I work on is the display technologies for Surface,” Bathiche said earlier this month. “And there’s a lot of interesting parallels to how we design our displays to how we design our cameras, and in our display technology.”

Microsoft’s goal, according to Bathiche, is to put “the right amount of pixels on the screen, so that you can’t see the pixels themselves, and that’s it.” he said. “But beyond that, you don’t really need any more pixels, because that would be silly—you can’t see the difference between the higher number and the number we give you.”

On Microsoft’s displays, that’s called the “eye limit”—the maximum number of pixels per inch that the eye can see, and no more. That’s a function of the visual acuity of an ordinary eye with 20-20 vision, Bathiche said, at some arbitrary distance—in this case, at about a foot from the display. In this case, the eye limit is about the pixel density of the Surface Pro 7 (or Surface Book 3)—specifically 260 pixels per inch (ppi) to 280 PPI.

To be fair, Microsoft certainly isn’t the first to introduce the concept of an eye limit. Steve Jobs famously introduced the iPhone 4 and its “Retina Display,” a display that, when held about a foot from the eye, yielded 300 ppi, “the limit of the human retina to differentiate the pixels,” Jobs said. That, according to Apple, produced an image that was essentially indistinguishable from a printed image like a magazine, with pixels that were unable to be individually seen. That’s helped guide the evolution of displays on laptops and smartphones in the years since.

In fact, if you believe Bathiche, other laptop displays may never go beyond where they are now—unless they’re just interested in marketing empty numbers.

“More than that is kind of silly,” Bathiche said of even higher resolutions. “And you can kind of see the many device makers that understand that deeply. If you look at how their specs have gone over time, they don’t go up! They’re like, this is all we need.”