The first day of fasting for the holy month of Ramadan, which is determined by the sighting of the new moon, is likely to be Friday, April 24 in most Arab nations, with several still under lockdown due to the coronavirus pandemic.

Amid the coronavirus outbreak, many activities during Ramadan are certain to be curtailed in Muslim-majority nations in the Middle East and elsewhere.

Saudi Arabia’s government said it would maintain the ban on all congregation prayers in the country, including Taraweeh – a set of special prayers that take place during the holy month.

In the United States and Europe, Muslim communities rely on astronomical calculations and are likely to observe Ramadan from Thursday evening as well, with Friday being the first day of fasting.

Calculations by astronomers say Ramadan’s new moon will be born on April 23 at 02:27 GMT, the Qatar Calendar House (QCH) announced.

The actual visibility of the crescent will depend on factors such as atmospheric conditions, cloudiness and the distance between the sun and the moon on the horizon. 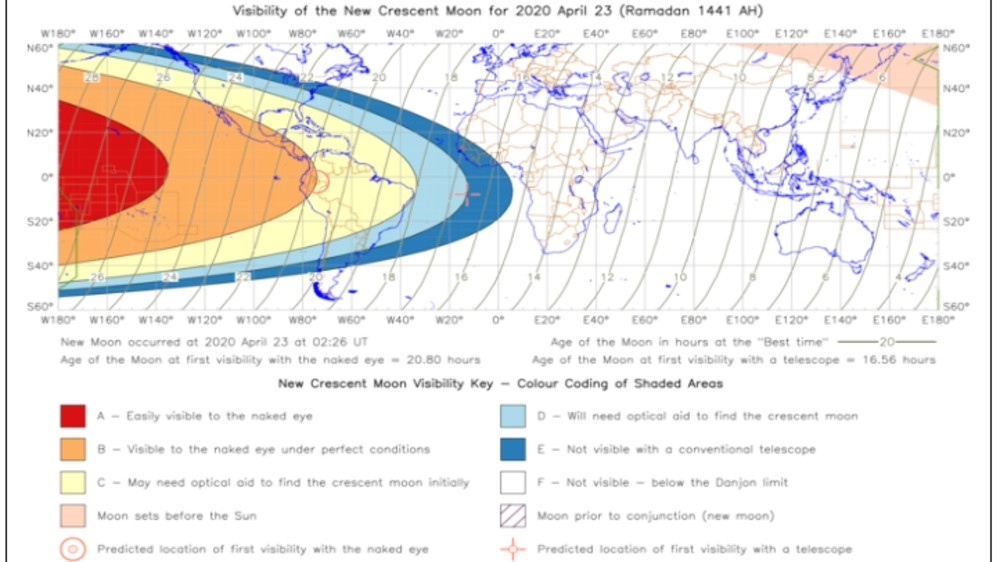 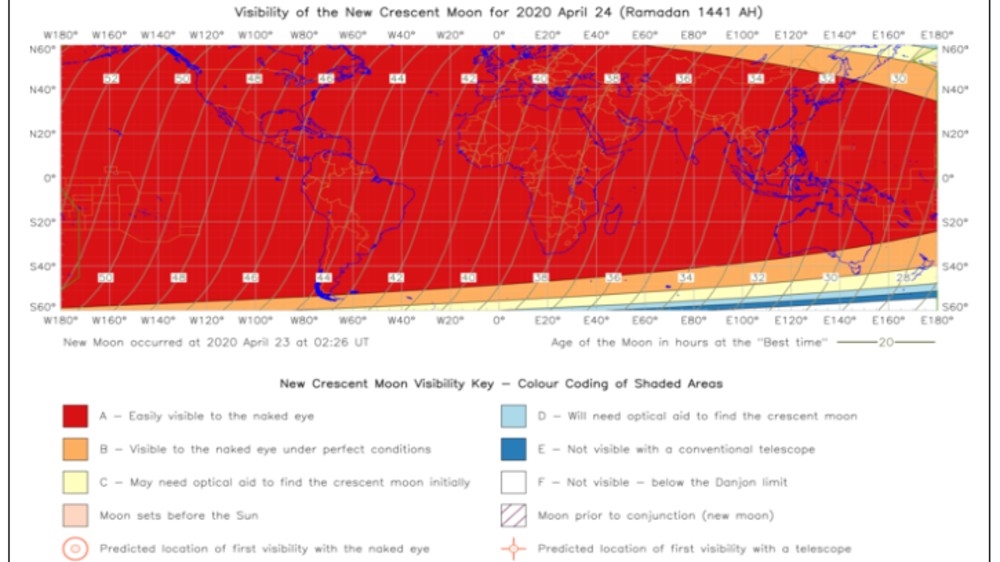 Muslim lunar months last between 29 and 30 days, depending on the sighting of the new moon on the 29th night of each month. If the new moon is not visible, the month lasts 30 days.

To declare the beginning of Ramadan, Saudi Arabia and other Muslim-majority countries depend on the testimonies of local moon sighters. The Judicial High Court then decides when Ramadan begins. 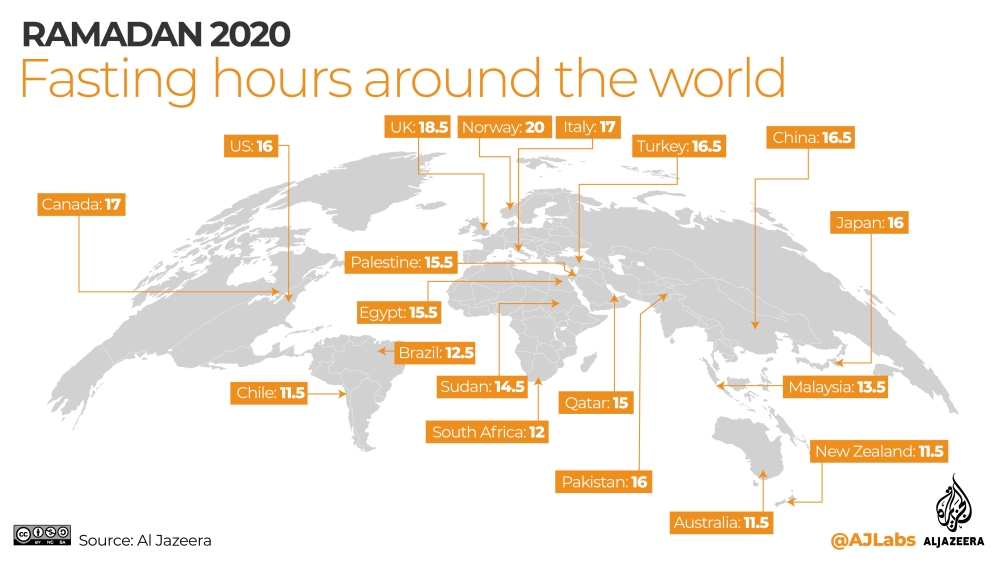 For Muslims, Ramadan is the month in which the first verses of the Quran, Islam’s holy book, were revealed to Prophet Muhammad more than 1,400 years ago.

During the holy month, Muslims abstain from eating, drinking, smoking and sex from before dawn to sunset. The fast is intended to bring the faithful closer to God and to remind them of the suffering of the less fortunate.

Fasting during Ramadan is one of the five pillars of Islam, along with the Muslim declaration of faith, daily prayers, charity, and performing the Hajj pilgrimage to Mecca.

In Muslim-majority countries, offices are required by law to reduce working hours, and many restaurants are closed during the daylight hours.

However, amid the coronavirus outbreak, many workplaces, as well as most restaurants and recreational places are likely to be closed all day throughout Ramadan, in most Muslim countries and others, in an attempt to curb the spread of the virus and maintain physical distancing practices.

“Ramadan Mubarak” and “Ramadan Kareem” are common greetings exchanged in this period, wishing the recipient a blessed and generous month respectively.

Last year, fasting hours across the world ranged from 11 to 19 hours.

At the end of Ramadan, Muslims celebrate the Eid al-Fitr holiday. Eid al-Fitr in Arabic means “festival of breaking the fast”.

Depending on the actual start date of Ramadan and the new moon sighting on the 29th night of Ramadan, Eid al-Fitr this year is likely to fall on May 24.