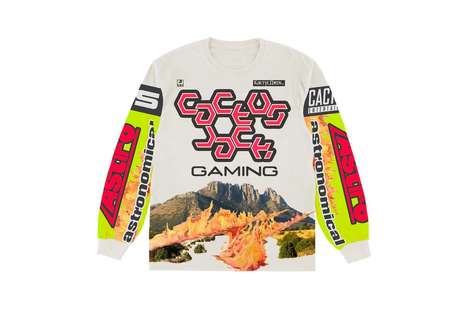 Earlier this month, rapper Travis Scott held a virtual concert called the Astronomical Tour on the video game platform ‘Fortnite.’ To celebrate the concert, Scott began dropping merchandise such as hoodies, T-shirts, stickers, action figures, and even a Fortnite-branded NERF gun. Now that the tour has wrapped up, Scott has continued to release merch for fans that just can’t get enough. The latest drop includes the usual selection of hoodies and graphic T-shirts, but now fans can also purchase KAWs-designed vinyl records and cassette tapes in new pink and grey hues.

All the Astronomical Tour merch can currently be found on the rapper’s website.