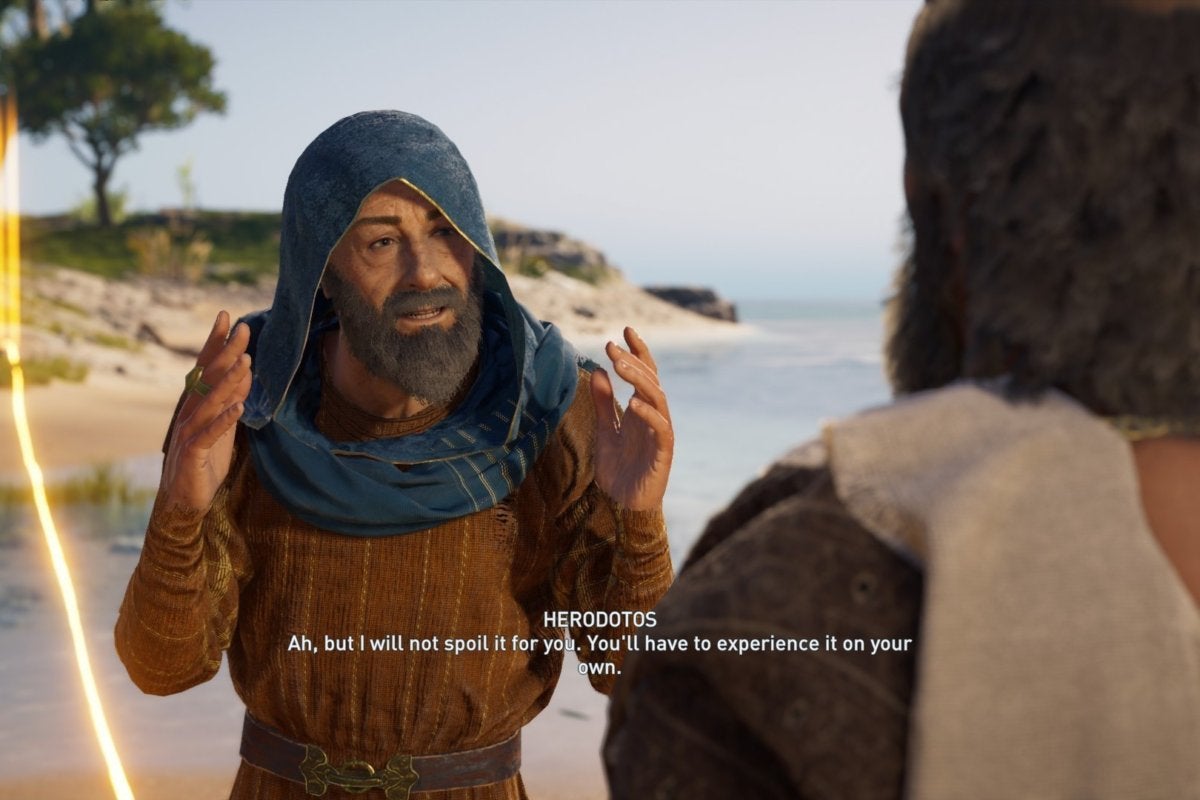 If you’re hoping to emerge from your house in a few months with a thorough knowledge of Ancient Greek winemaking and Egyptian funeral rites, might I recommend Assassin’s Creed’s Discovery Tours? They’re free on Ubisoft’s website or Uplay (you’ll need Uplay to run them) and are absolutely worth grabbing, for you or your kids.

Basically, Ubisoft repurposed the worlds of Assassin’s Creed Origins and Odyssey for education. Strip out the stabbing, leave the rest. Origins and Odyssey are some of the most intricate digital dioramas ever created. Sure, there’s a video game layered on top, but the real draw is the world Ubisoft’s artists and animators and scripters created. Busy markets full of jewelry and pottery, people harvesting grapes and wheat, priests performing rites, and all of it in the shadow of some of the world’s most iconic buildings. It’s a spectacle. A meticulously researched spectacle.

Origins hit upon the idea of the Discovery Tour, stripping the combat and story out of Ptolemaic Egypt and then filling the world back up with dozens of…well, tours. You could wander Egypt and learn how natron was used in the embalming process, or who decided to lay out cities on a grid, or what went into the construction of an aqueduct.

Then Odyssey expanded on the idea, tapping real-life historical figures like Herodotus and Pericles to act as tour guides and teachers. You’ll learn about the Battle of Marathon, for instance, or the myth of Icarus and Daedalus, and then answer simple three-question quizzes about the material after. It also added more to do around the edges of the tours, with hundreds of “Discovery Points” that fill in details about specific landmarks or battles or other minutiae that didn’t fit one of the themed tours.

I’d recommend starting with Odyssey’s Discovery Tour, if only because the concept is more fleshed out. Really you can’t go wrong with either though. They’re fantastic byproducts of big-budget development, like if the 2004 film Troy arrived alongside a three-hour documentary of the battle. I could see the Discovery Tours being particularly interesting to those with children at home right now. Sure, it’s not quite as useful as a real history class, but it’s about as “edutainment” as video games get these days.

You can grab the pair of Discovery Tours on Uplay from now until March 21, and they’re yours to keep. And hey, if you’re looking for the exact opposite type of game, Grand Theft Auto V is still free through Epic for the next few days as well.