Thousands of Israelis have protested in front of Prime Minister Benjamin Netanyahu’s residence in Jerusalem, demanding his resignation as the government comes under fire over its handling of the coronavirus pandemic.

Some placards carried by demonstrators on Tuesday read “Netanyahu’s corruption makes us sick” and “Netanyahu, resign”.

“The most deadly virus is not COVID-19, but corruption,” protester Laurent Cige, who came from Tel Aviv to take part, told AFP news agency.

Netanyahu was indicted in January for bribery, fraud and breach of trust in three cases.

In May, he forged a new unity government after more than a year of political turmoil and insisted the charges were trumped up to drive him from office.

The next trial date at Jerusalem district court is set for July 19.

Under Israeli law, a sitting prime minister is only required to resign if convicted of a criminal offence with all appeals exhausted, which in Netanyahu’s case, could take several years. 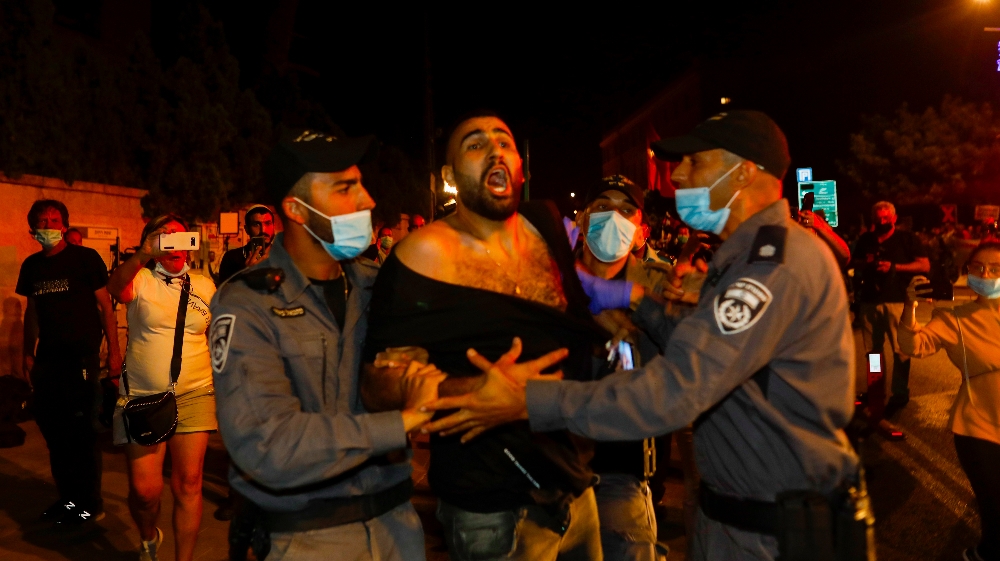 Protesters criticised Israel’s handling of the novel coronavirus pandemic, as the health ministry announced more than 1,400 new cases recorded in the past 24 hours.

On Monday, police dispersed a group of activists who set up tents outside Netanyahu’s official residence.

Thousands also protested in Tel Aviv on Saturday to voice frustration at the prime minister and his economic policies.

Netanyahu is also facing a growing wave of discontent over his handling of the coronavirus crisis.

Israel is now experiencing a sharp rise in coronavirus cases and the economy is struggling as unemployment remains above 20 percent.

The country of some nine million people has recorded more than 41,200 coronavirus cases, including 368 deaths.

After receiving widespread praise for quickly sealing Israel’s borders in March and imposing other restrictions, Netanyahu acknowledged last week that he reopened the economy too quickly.

The government lifted some restrictions at the end of May, but announced new ones last week, including closing bars, nightclubs and gyms.

Israel’s unemployment has jumped from 3.4 percent in February to 27 percent in April, before falling slightly in May to 23.5 percent.