Hours after gunmen on Tuesday attacked a maternity hospital and killed two dozen people, including women and babies, in Afghanistan’s capital Kabul, an Afghan woman rushed to Ataturk Hospital where about 20 babies who survived the attack had been transferred.

Feroza Omar, 27, made her way to the hospital in Kabul to do something many Afghans deemed heroic. In a span of three hours, she managed to breastfeed four babies.

Feroza’s act of love has encouraged other moms to come volunteer breastfeeding these newborns left without mothers. pic.twitter.com/M9qUz2mBIq

“When I went to the hospital, I thought to myself that these babies need their mothers, but they were killed in the attack, so I will play the role of a mother, hug them and feed them,” Feroza told Al Jazeera.

At the time of the attack, Feroza said she was breastfeeding her four-month-old baby boy at home. At that moment, she said she felt the urge to do something for those babies “to comfort them” after they lost their mothers.

“When I hugged them, I didn’t feel like they were someone else’s babies. I felt I am feeding my own child. The terrorists have not even spared babies of this country who just opened their eyes onto this world,” she said.

‘I know the pain’

In 2017, Feroza lost her brother, Mohmoud Omar, 33, who she said was killed by the Taliban in Herat on his birthday. He was survived by a five-year-old daughter and an eight-year-old son.

“I know the pain as a victim of this war in Afghanistan; I know how it feels to lose your beloved ones,” she said.

Feroza inspired many other Afghan women who joined to care for and breastfeed the babies. Aziza Kermani, also based in Kabul, was one of the women.

“I am ready to adopt one of the babies who have lost their mother or whose families do not have the financial ability to raise them,” Kermani told Afghanistan news station, TOLOnews.

Frederic Boonot, Doctors Without Borders’ head of programmes in Afghanistan, released a statement describing the gruesome details of the assault on the maternity section of the Dasht-e-Barchi hospital, an attack that shook the country.

He said the attackers deliberately went to the maternity hospital, ignoring other wards of the hospital.

“They came to kill the mothers,” he said.

“They went through the rooms, shooting women in their beds. It was methodical.” 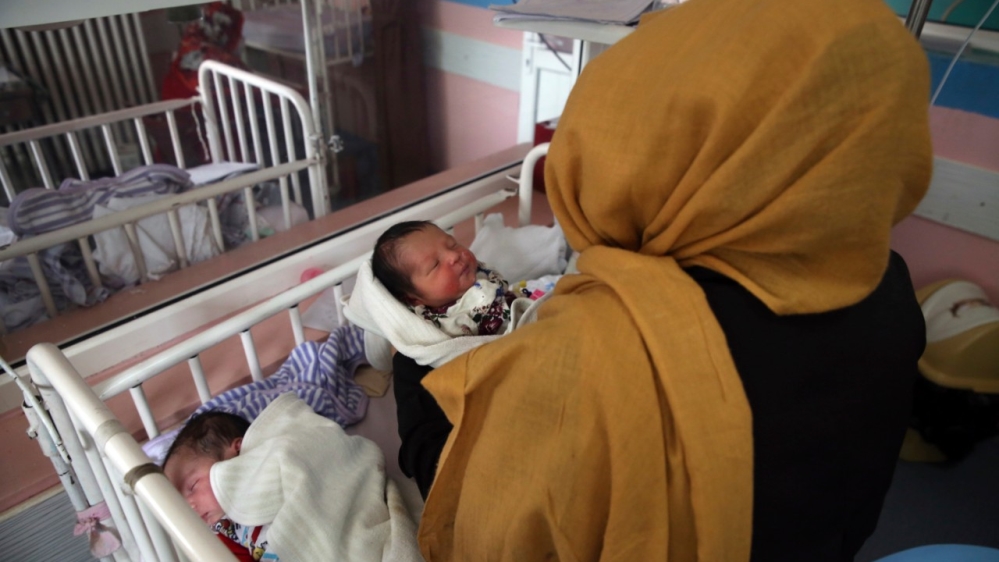 Newborns at the Ataturk Children’s Hospital, in Kabul, a day after they were rescued from the deadly attack [Rahmat Gul/AP]

At the time of the attack, 26 new mothers and mothers-to-be were in the ward. Three women were killed in the delivery room, and eight were killed in their hospital beds, the charity said in the statement. One gave birth as the attack was ongoing in the hospital.

“It’s shocking. We know this area has suffered attacks in the past, but no one could believe they would attack a maternity [ward],” Bonnet said in the statement.

The total death toll was 24, including two young boys.

Ali Yawar’s wife was at the hospital at the time of the attack to vaccinate her one-month-son, who had been born at the same hospital.

His 16-year-old daughter Amina accompanied her mother and sat in the waiting room of the hospital. When the attack started, Yawar’s wife held her son and ran to the waiting room to get her daughter, but she saw Amina covered in blood, shot dead by the attackers.

“The security forces rushed her to a hospital, but she had died on the spot. When I heard about my daughter, it felt like my world had collapsed,” Yawar told Al Jazeera.

“They attacked a place full of woman and children, what else is left? There is no humanity left in this country. These are testing times for us; we are forced to face this.”

No group has claimed the attack, and the Taliban has denied involvement. The ISIL (ISIS) armed group did, however, claim responsibility for a suicide bombing at a funeral in Nangarhar province that killed scores of people on the same day of the hospital attack.

Afghan President Ashraf Ghani ordered the military to switch to “offensive mode” against the Taliban, but US Special Representative Zalmay Khalilzad blamed ISIL for both attacks in a Twitter post, saying the group opposed any Taliban peace agreement.

Rather than falling into the ISIS trap and delay peace or create obstacles, Afghans must come together to crush this menace and pursue a historic peace opportunity. No more excuses. Afghans, and the world, deserve better.

On February 29, the US and the Taliban signed a deal that called for a phased US troop withdrawal and for a prisoner exchange between the Afghan government and Taliban to set the stage for intra-Afghan talks.

The talks, originally scheduled for March 10, have yet to take place because of delays in the prisoner exchange and a political feud between Ghani and rival Abdullah Abdullah over last year’s disputed presidential election.

But on Friday, President Ghani’s spokesman Sediqi Sediqqi said a political agreement has been reached and will be signed in the near future.

For Ali Yawar, he said such political agreements mean little to him as “nothing can replace my daughter”.

“This war broke my back, and of many poor people in this country,” he said.