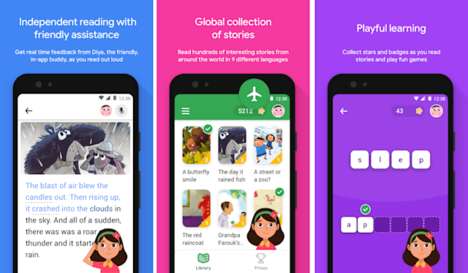 Google released its Read Along app in a total of 180 countries around the world. The reading app is compatible with nine different languages and is currently available on the Google Play Store. The app was initially released last year in India, under the name Bolo. Google since decided to expand the app and change the name. The Read Along app is powered by Google’s speech recognition and translation technology.

In the app, children can read with a companion named Diya, which provides feedback and encouragement for children. Additionally, Diya can provide assistance to users who may be struggling. The app can also recommend users reading level, based on information related to previous reading performances.