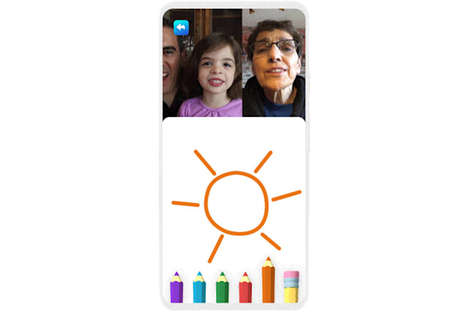 Google also made the mute and hang-up buttons hidden by default, to prevent children from accidentally exiting the call. Additionally, the platform will look to introduce calls on web browsers in the near future. Where Chrome users can easily join calls, as well as send and receive invites.

Overall it is clear that Google is prioritizing functionality, at a time when demand for video calling is at an all-time high.