An exit poll in Poland’s presidential runoff election shows a tight race that is too close to call between the conservative, populist incumbent and the liberal, pro-Europe mayor of Warsaw – a battle that reflected the deep divisions in this European Union nation.

The exit poll by Ipsos showed President Andrzej Duda with 50.4 percent of the vote and challenger Rafal Trzaskowski with 49.6 percent. But the poll has a margin of error of plus or minus two percentage points.

The difference between the two 48-year-old candidates is within the poll’s margin of error, meaning it’s not yet possible to say with certainty who won.

Official results are expected on Monday or Tuesday.

Duda, who is backed by the ruling right-wing Law and Justice party and the government, campaigned on traditional values and social spending in this mostly Catholic nation as he sought a second five-year term.

Trzaskowski, a former European Parliament lawmaker, jumped into the race relatively late to oppose Duda’s denigration of urban liberals, the LGBT community and other minorities and to counter an erosion of democratic rights under the ruling party. He represented the centrist opposition Civic Platform party that was in power in from 2007 to 2015. 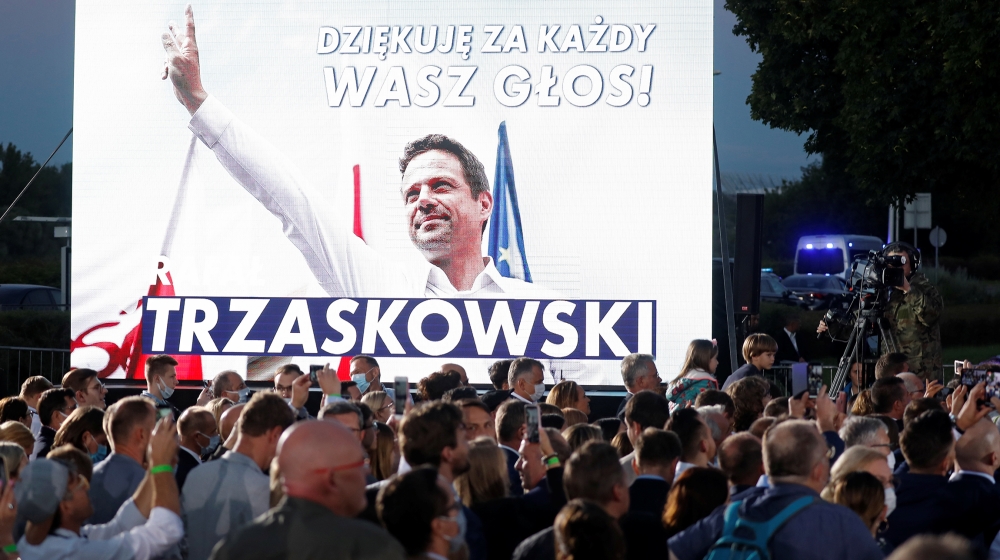 The result is expected to lead to starkly different political paths for Poland, at least until 2023, when the next parliamentary election is scheduled.

The State Electoral Commission said the turnout by 5pm (15:00 GMT) was 52.1 percent, more than four points higher than at that time in the first round of voting on June 28 – one sign of just how much Poles on both sides feel their nation’s future is at stake.

The ballot was supposed to be held in May, but after much political wrangling was delayed by health concerns amid the coronavirus pandemic. Some 30 million voters are eligible to cast ballots. In the first round, Duda got 43.5 percent support and Trzaskowski 30.5 percent.

If Duda is re-elected, the right-wing Law and Justice party will continue to have a close ally in the president and maintain its hold on almost all key instruments of power in the nation of 38 million people. A win for Trzaskowski would give him the power to veto laws passed by the ruling conservatives and give Poland a less contentious relationship with EU officials.

People waited in lines at voting stations across the country, especially in seaside resorts where many Poles were vacationing.

“We should vote because otherwise we have no right to complain about our politics,” said Eugeniusz Kowalski, 67, a retired office clerk, after voting in Warsaw.

“We could use some change,” he added.

“In the situation when we see constant discord, divisions, the rift in society, let him be a unifying one, the president of all Poles,” Polak said after voting in Gniezno.

“This is a civic duty but also a privilege because this is a very important election,” Trzaskowski said after voting. “I hope the turnout will really be high.” 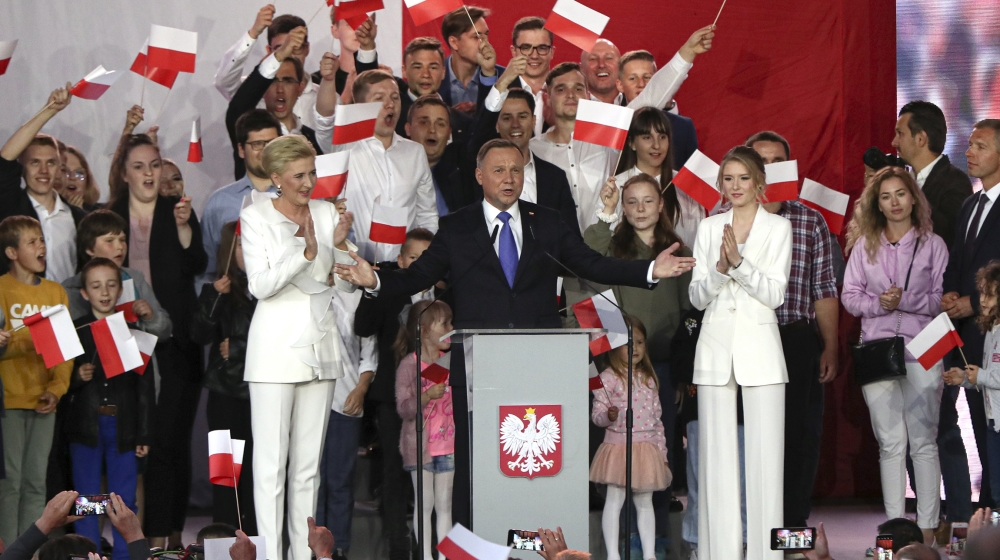 The ruling party and Duda have won popularity through a welfare programme that improved the lives of many impoverished families with children and retirees, especially in rural areas and small towns, and also through their attachment to Poland’s traditional Roman Catholic values.

But the ruling party has drawn criticism from EU leaders for taking steps to politically influence the justice system and the media in Poland. It has also deepened social rifts with verbal attacks on urban liberals and the LGBT community.

Trzaskowski vowed to close the social rifts and to continue the benefits policy. His support is strongest in larger cities and among more highly educated people.

Due to the pandemic, the voting was held under strict sanitary regulations. Poland has registered over 37,000 infections and almost 1,600 deaths.