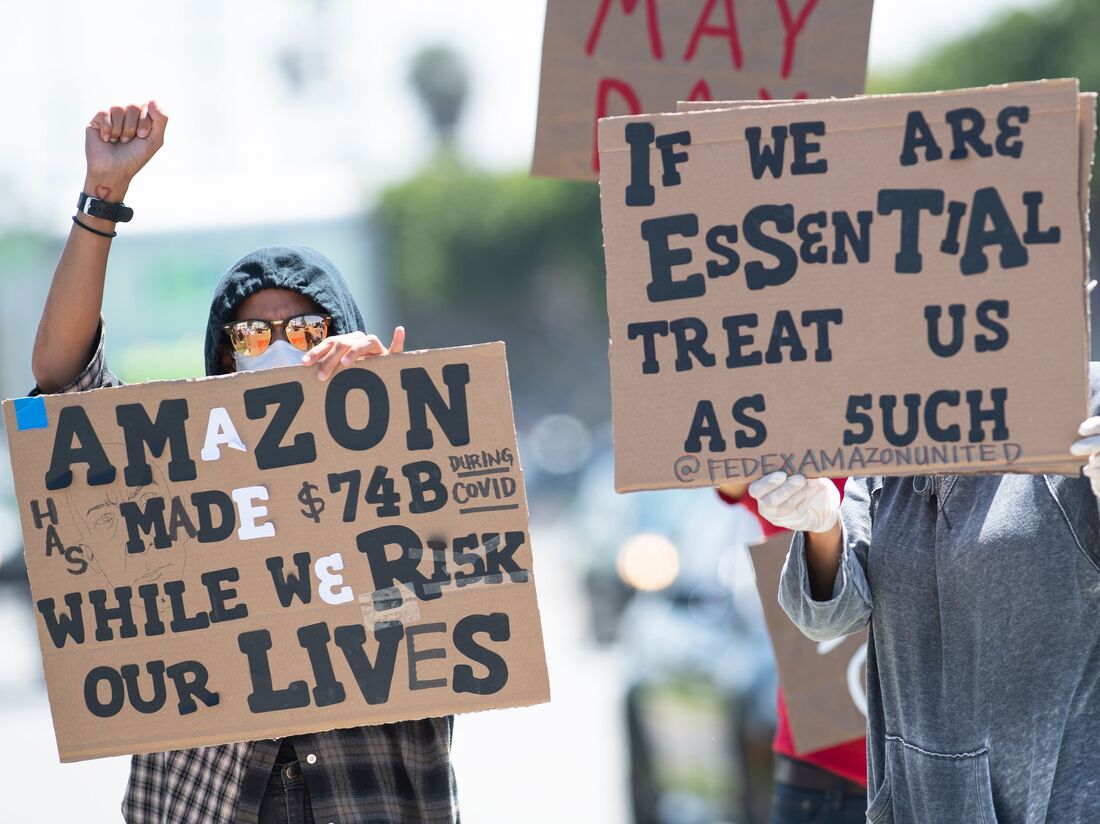 Protesters say Amazon and other companies are benefiting from surging demand during the pandemic, but not doing enough to protect essential workers. 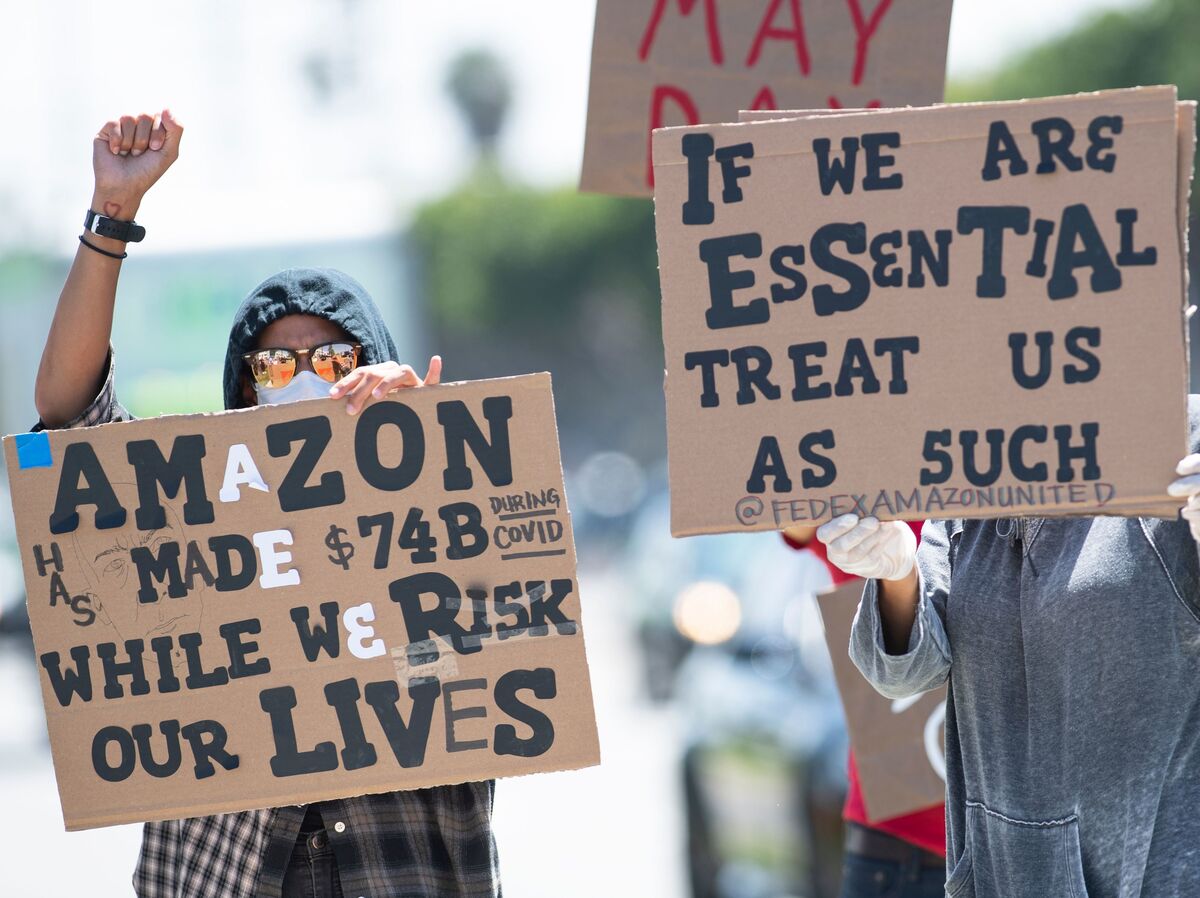 Protesters say Amazon and other companies are benefiting from surging demand during the pandemic, but not doing enough to protect essential workers.

Workers at retail and delivery companies, including Amazon, Target, and Instacart, walked off the job Friday to demand better pay and treatment.

Their work has been deemed “essential,” but they say it has gotten too dangerous during the coronavirus pandemic — and they want the companies to do more to protect them.

“This company failed us. It failed the workers. It failed me,” said Christian Smalls outside the Amazon warehouse on Staten Island where he used to work and had organized other protests. Amazon says Smalls was fired in March for violating quarantine and safety measures.

While some protesters, like Smalls, demonstrated outside company facilities, others called in sick. Gig workers did not log into apps to accept delivery orders.

Organized under the hashtag #essentialworkersday, the protests were timed for May Day, or International Workers’ Day — a date typically marked around the world by labor marches.

The actions brought together employees of retail chains, including Target and Walmart, workers for delivery apps such as Instacart, as well as Amazon.

It is unclear how many people joined in the protests. Organizers said thousands of workers had pledged to participate. But the companies said the protests involved few employees, and they did not represent the views of most workers. Target said it was aware of less than 10 employees who participated. Instacart, Whole Foods and Shipt said their operations were not affected. (Whole Foods is owned by Amazon and Shipt is owned by Target.)

Some of those workers have held separate protests and walkouts in recent weeks. They said they came together in a general strike to highlight the similarities in their working conditions and demands.

Kerri Blair, a mother of five in Akron, Ohio, usually picks up extra income delivering orders for Shipt. She stayed home on Friday.

“People who work at Whole Foods, at Target, at Walmart … there’s no way to get around not being around people. That is your job,” she said. “We’re out there in the public … doing things for other people.”

Lockdowns in many cities and states have kept millions of people at home, leading to surging demand for online shopping and delivery. Amazon, Instacart and Shipt are all on hiring sprees to keep up with the pace of new orders.

The companies said they value workers’ input and are offering increased pay and aggressive health and safety measures, such as giving out masks and cleaning stores and warehouses.

“In recognition of the significant contributions of our front-line team members amid the coronavirus, we’ve made an investment of more than $300 million, including $2 an hour higher hourly wages, which we’ve extended until May 30,” Target said in a statement, adding that it had established “dozens of new measures” aimed to keep both workers and shoppers safe during the pandemic.

This week Amazon said it would spend its entire operating profit in the second quarter — an estimated $4 billion — dealing with the coronavirus. That includes providing protective equipment to workers, paying them more, cleaning warehouses, and testing employees for COVID-19.

Protest organizers acknowledge the changes, but say the companies must do more to protect their health.

“Because of the failings of our employers, many of our fellow employees have contracted this deadly virus and some have died,” organizers wrote this week.

Some workers say they have had trouble getting the protective gear they’ve been promised. They also want the companies to be more transparent about how many employees have fallen ill, or even died, from COVID-19.