At least five people have been killed and several hundred admited to local hospitals after a gas leak at a chemicals plant on the east coast of India, police said on Thursday.

“We can confirm at least five deaths right now. More will be confirmed later. At least 70 people in the nearby hospitals are in an unconscious state and overall 200 to 500 locals are still getting treatment (at the hospitals),” said police official Swaroop Rani in Visakhapatnam.

She said that the incident happened at a plant operated by LG Polymers and that gas leaked out of two 5,000-tonne tanks that had been unattended due to India’s coronavirus lockdown in place since late March.

#VizagGasLeak
2020 is getting more worse..
Gas leakage happened at Vizag today at 3:30 am in “LG Ploymers ” company. 3 dead and hundreds were in critical condition. 😢😢 pic.twitter.com/OVirrbQjBq

“It was left there because of the lockdown. It led to a chemical reaction and heat was produced inside the tanks, and the gas leaked because of that,” Rani, an assistant commissioner, told AFP news agency.

“We received an emergency call from the local villagers around 3.30am local time () in the morning today. They said there was some gas in the air,” she said. 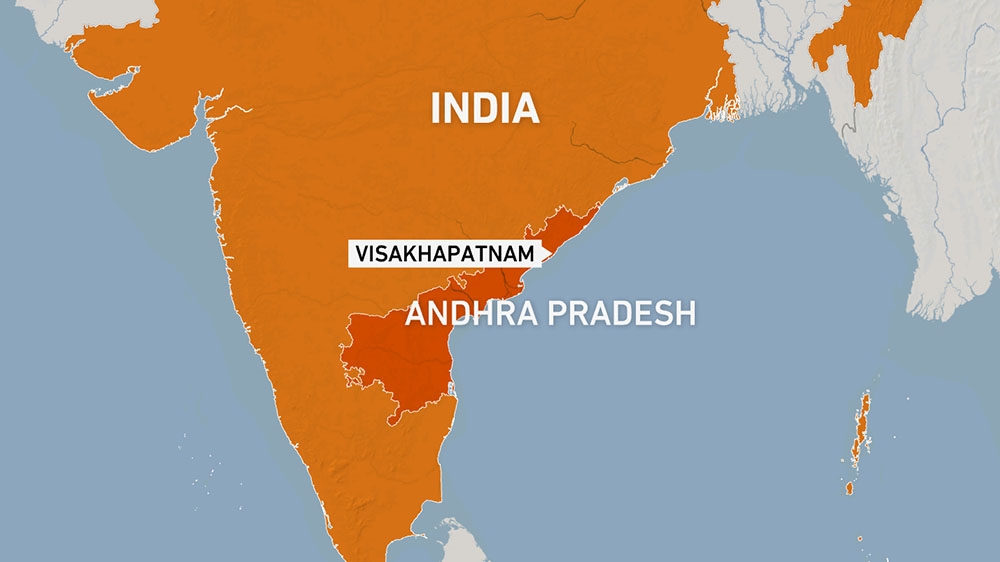 “We reached there immediately. One could feel the gas in the air and it was not possible for any of us to stay there for more than a few minutes. Prepared rescue workers started working from around 4.00am.”

Images posted on Twitter showed emergency services including police officers, fire tenders, ambulances at the spot. However, Al Jazeera could not verify the authenticity of the images.

South Korean battery maker LG Chemical Ltd, the owner of the facility, was not immediately available for comment.