Lagos, Nigeria – When Andrew* first found out he was HIV-positive in January this year, he suffered a fleeting sense of paralysis, fearing his life was about to change forever.

At 27, it was one of the things he dreaded as a gay man who was still in the closet. Even within the Nigerian LGBT community, HIV discrimination is rife and Andrew noticed no one would reply to him on the dating apps he used when he changed his status.

In the weeks after his diagnosis, he developed a routine to deal with the illness: religiously taking his HIV medication and practising celibacy.

Andrew is a software developer who views the world through a prism of codes and programs, and as the coronavirus pandemic became very real, with Nigeria confirming its first case of the contagion in February, he felt uneasy.

The hysteria on the internet, fear-mongering, and the subsequent government-enforced lockdown in Lagos drove him to check his stash of HIV medication, or antiretroviral (ARV) drugs. Andrew started a six-month treatment schedule in January – one 300mg tablet taken daily to lower the presence of the virus in his body. With half the batch already taken, he realised he had enough to last him until June.

But Andrew was still gripped with anxiety. “I’m supposed to get tested after six months to check if I’m detectable. I don’t think I’m detectable yet, and with coronavirus in town, what if I contract it with the state of my immune system?” he wondered.

Detectable refers to Andrew’s viral load, or the presence of the virus in his body.

Limited research has indicated that people with HIV may not face any greater risk of infection from the novel coronavirus, as long as they adhere to their prescribed antiretroviral medication and are not otherwise immunocompromised, according to the Centers for Disease Control and Prevention (CDC).

Andrew does not have health insurance, so he relies on free HIV treatment from healthcare centres that are LGBT-inclusive. With the lockdown rolling on and ushering a fresh wave of unrest, he is now relying on virtual consultations with his doctor – WhatsApp, video calls – which has dissipated his anxiety to an extent.

Not only is the coronavirus pandemic exposing the decaying state of public health infrastructure in Nigeria, it is also showing how Nigeria’s LGBT population has limited access to doctors that provide safe, affirming spaces. This stems from the fact that Nigeria remains one of the most homophobic countries in the world, rendering LGBT Nigerians targets of discrimination and abuse.

Since 2014, there has been a law in place which criminalises same-sex marriage and public displays of affection between gay people. There are no official rights or protections from discrimination based on sexual orientation – which makes it difficult for LGBT Nigerians to seek help from public services.

The lockdown in Lagos also came with pockets of militarisation in the state and elsewhere – soldiers and security forces enforcing stay-at-home orders even if it means resorting to intimidation and violence.

As such, LGBT Nigerians trying to access HIV treatment are faced with the added challenge of navigating potentially hostile forces. 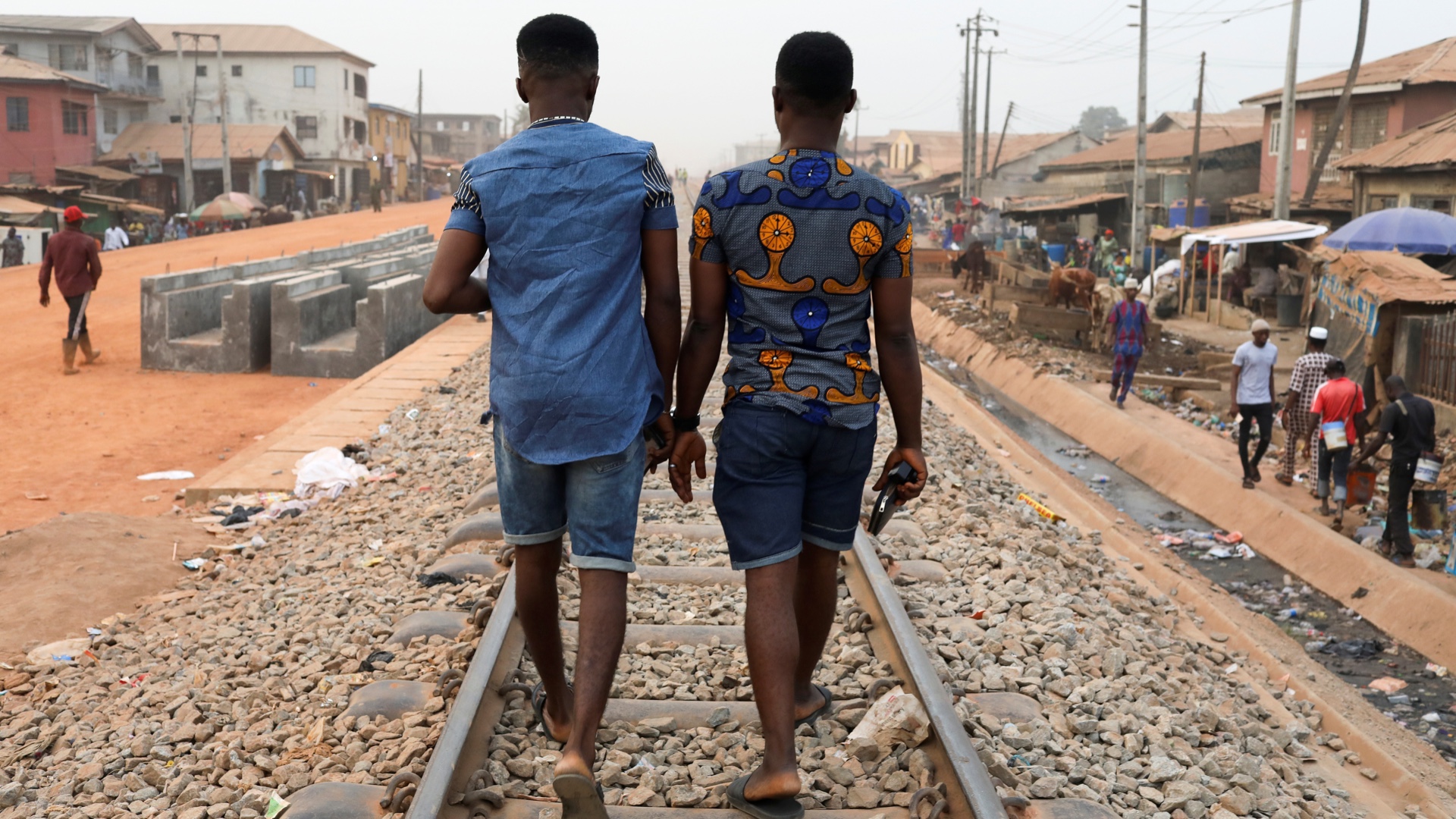 The LGBT community already faces official discrimination in Nigeria. The lockdown has made it more difficult [File: Reuters]

In March, Ebuka*, a 26-year-old bisexual man, agreed to an interview at a pizza place before the lockdown began.

Ebuka tested positive for HIV in November 2018. His mental health had been blighted by cycles of depression and one traumatic, self-harm episode. But relocating from Abuja to Lagos the following year to start a new job in digital advertising had lifted him from the mist, and he found some semblance of stability and clarity.

At the pizza place, Ebuka revealed that his current batch of ARV drugs was nearly depleted and he needed to obtain another prescription refill soon.

“April,” he said, when I asked about his next clinic appointment. Ebuka and Andrew have slightly different HIV treatment regimens. Since he has already achieved undetectable status, Ebuka’s HIV medication comes in a three-month batch.

Any disruption in treatment could leave his immune system vulnerable to opportunistic infections like the coronavirus.

The next time I heard from Ebuka, it was the second week of lockdown. He described how he had experienced police harassment, after being profiled as “gay”, while driving to the clinic to obtain his next batch of HIV medication, which should last him another three months. He fears the police more than HIV or coronavirus, he explained. 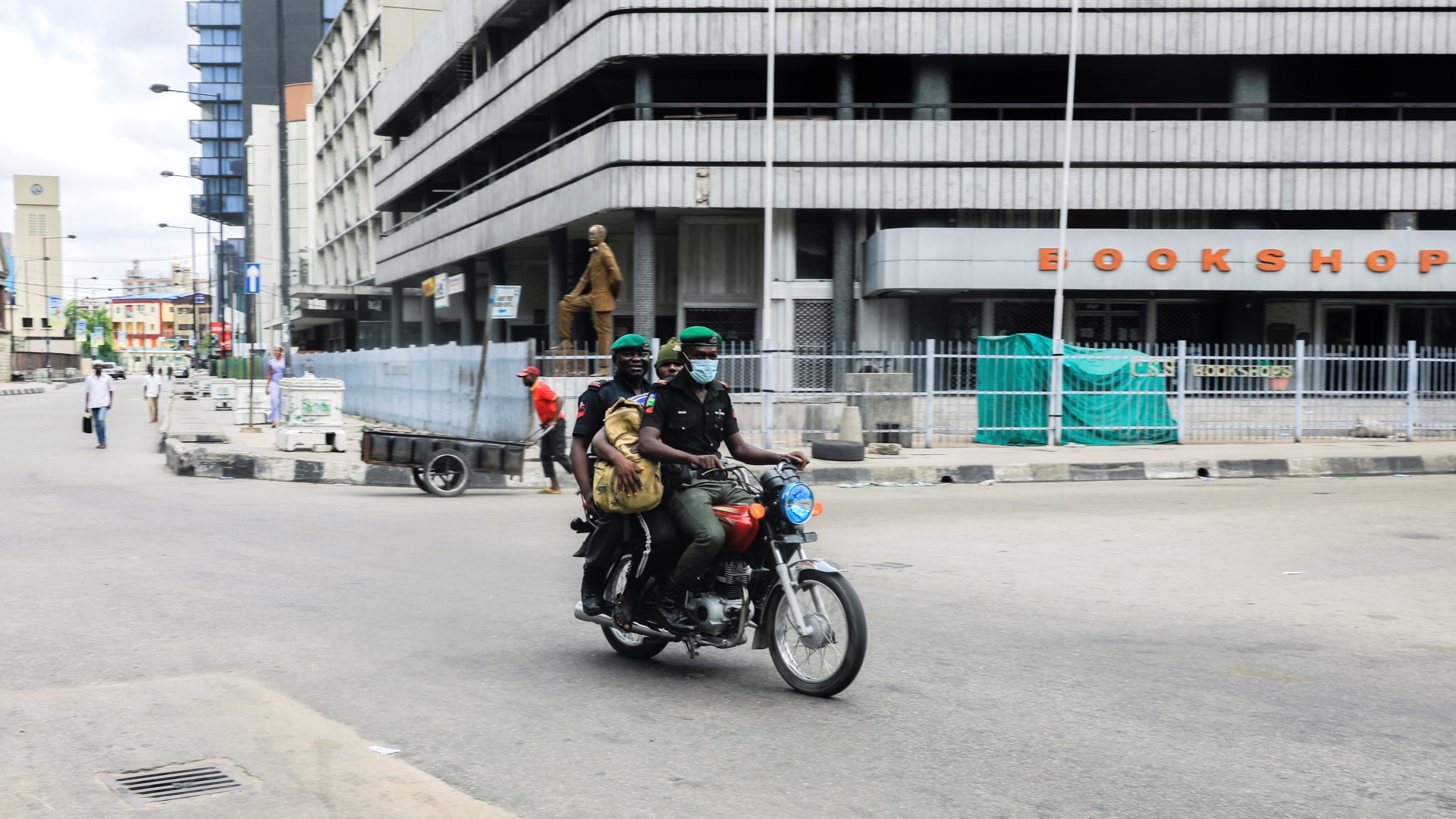 The clinic Ebuka was heading to in Lagos was never overcrowded, is sectioned into consultancy, pharmacy and blood labs, and helmed by an efficient staff working in shifts. It is one of the few spaces in Lagos where LGBT Nigerians without health coverage can access free HIV treatment in a discrimination-free atmosphere, where their sexual history and habits do not undergo judgemental scrutiny.

In contrast, in public health environments, many LGBT patients say homophobia is deeply entrenched and they face an unwelcoming atmosphere.

The centre, which did not want to be identified in this report, has since complied with the government lockdown. A medical representative told Al Jazeera that it opens on select days for its health workers to dispense HIV healthcare so that patients like Ebuka can obtain their life-saving ARV drugs.

Andrew got his HIV medication from The Initiative for Equal Rights (TIERS), a non-profit organisation that has steadfastly championed LGBT inclusion and advocacy since its inception. TIERS also closed because of the lockdown, but is trying to ensure that vulnerable LGBT communities are not cut off from accessing health services.

“We closed our physical offices since 18 March, but medical services have been running virtually since then,” Xeenarh Mohammed, executive director of the centre, explained by phone. “We have ARV pick-up to clients …. In cases where the medication needs to be dispatched, the client will be responsible for sending a dispatch rider for pick-up. That way, confidentiality is maintained as the rider is brought directly to them. Medications are packed discreetly.”

Olumide Makanjuola, a sexual health and rights activist, is most concerned about the effect of the outbreak and lockdown on the most vulnerable. “I think of persons who are living with HIV in communities, like LGBTIQ, sex workers and Injecting Drug Users (IDUs) whose access to health is mostly through niche, non-governmental organisations,” he said over email.

Later on the phone, Makanjuola expressed other concerns: “There will be a lot of anxiety and the possibility of drug unavailability at centres due to delivery delay and other logistics-related issues.” Makanjuola was quick to point out that this is not a current reality, but a projection if the lockdown persists beyond three months. 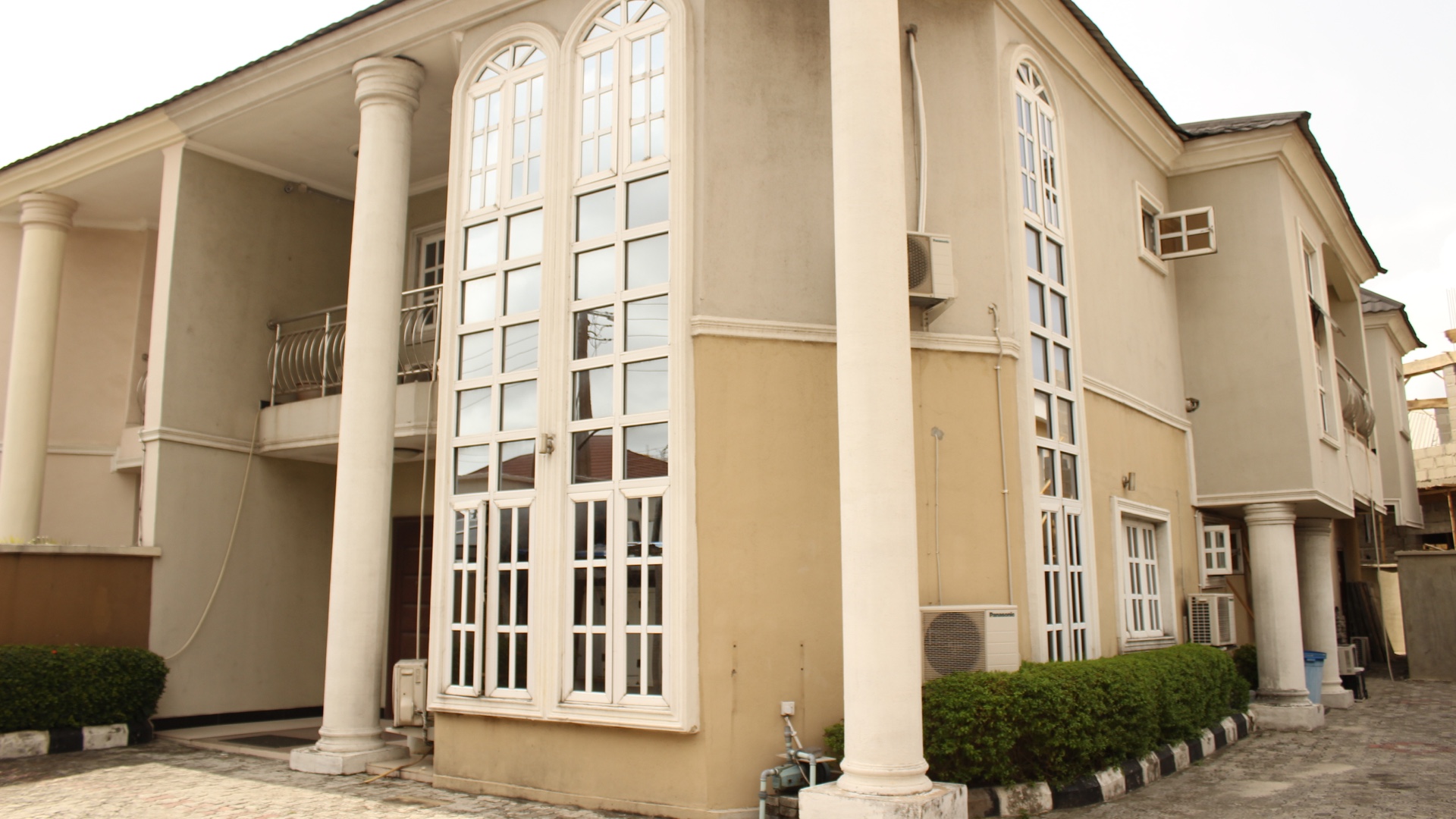 Antiretroviral drugs are imported and part of various HIV prevention and treatment projects funded by local and international donors, working with health spaces like TIERS to reach key target populations like men who have sex with men (MSM) and others.

Although Nigeria has closed its air borders to decelerate the spread of coronavirus, essential flights purveying medical supplies and drugs can still enter the country, but not without delays from donors as they are also navigating lockdowns in their own terrains.

These centres in Nigeria are now faced with local logistics issues since there is a restriction of movement, with taxi-hailing services barely operational.

But the ease in lockdown for the time being, starting from May 4, is a welcome development and could help as many LGBT Nigerians with HIV access healthcare, without the initial obstacles.

Despite budgetary allocations, Nigeria’s healthcare system is seriously stunted by political corruption. Congestion in public health facilities, and lack of equipment, drugs and doctors have created vacuums where non-governmental organisations are becoming part of the ecosystem, meeting the health needs of different communities and sub-groups.

The LGBT community in Nigeria exists as a heterogenous group, where interactions occur in discrete bubbles across digital platforms. But amid the coronavirus pandemic, members are forging solidarity and dealing with their communal anxieties through virtual hangouts.

Andrew says he has been helping a few community members with groceries and dried foods, while Ebuka sought out those with HIV who need medication, to help cover the cost of dispatch delivery.