Sudan approved wide-ranging amendments to its criminal law including repealing the death penalty for apostasy as well as no longer requiring women to need a permit from male family members to travel with their children.

According to the 1991 Criminal Law introduced by the overthrown Omar al-Bashir government, the punishment for apostasy – or the abandonment of Islam through actions or words – was stoning to death.

Public flogging will also be ended and the consumption of alcohol by non-Muslims will now be permitted.

In a televised interview on Saturday, Sudanese Justice Minister Nasredeen Abdulbari said the government is currently working to reform other legal provisions to incorporate them in a constitutional declaration.

“We cancelled the Article 126 of the Sudanese Criminal Law and have ensured religious freedom and the equality in citizenship and rule of law,” he said.

“All these changes are aiming at achieving equality in front of the laws. We have dropped all the articles that had led to any kind of discrimination. We ensure our people that the legal reformation will continue until we drop all the laws violating the human rights in Sudan.”

The minister said his ministry is working to make new personal law that will drop all discriminatory provisions against women and children. He said a commission to study laws and recommend reforms will be set up next week. 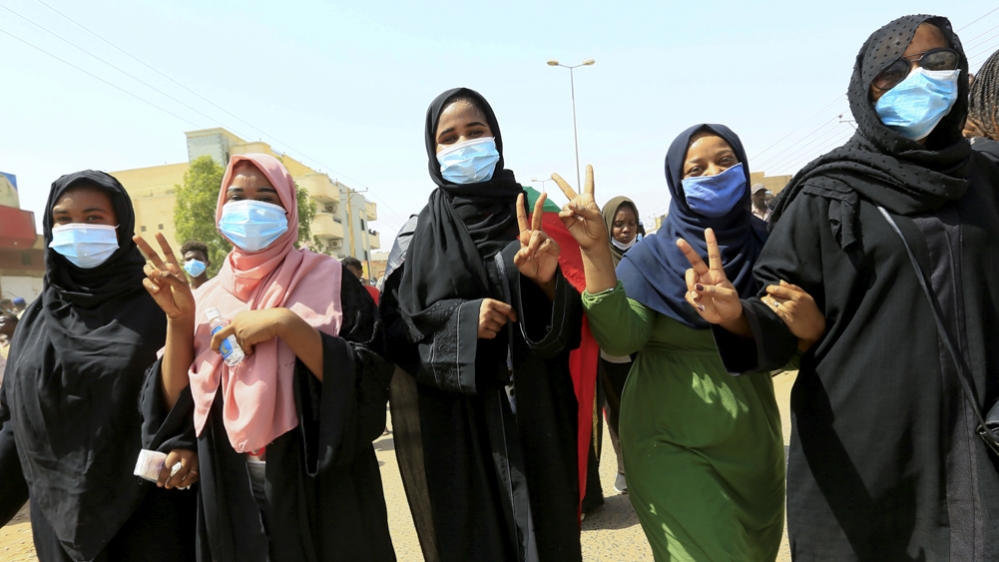 Sudan’s ministry of justice will work on a new personal law that will drop all discriminatory provisions against women and children [File: Mohamed Nureldin Abdallah/Reuters]

The new laws have also permitted the drinking of alcohol for Sudanese Christians and have forbidden lashing as an official punishment. According to the United Nations, about three percent of Sudan’s population is non-Muslim.

Alcoholic drinks have been banned since former president Jaafar Nimeiri introduced Islamic law in 1983, throwing bottles of whisky into the Nile in the capital, Khartoum.

The new laws will also ban female genital mutilation (FGM), a practice that typically involves the partial or total removal of the external genitalia of girls and women, Abdulbari said.

“The mutilation of a woman’s genital organs is now considered a crime,” the justice ministry said on Friday, adding it is punishable by up to three years in prison.

Nimeiri’s introduction of Islamic law was a significant catalyst for a 22-year-long war between Sudan’s Muslim north and the mainly Christian south that led in 2011 to South Sudan’s secession.

Al-Bashir extended Islamic law after he took power in 1989.

Sudanese Christians live mainly in Khartoum and in the Nuba mountains near the South Sudan border. Some Sudanese also follow traditional African beliefs.

The transition government led by Abdalla Hamdok runs the country in an uneasy coalition with the military, which helped remove al-Bashir after months of mass protests.