Brussels, Belgium – The Democratic Republic of the Congo (DRC) is celebrating the 60th anniversary of its independence, gained after 70 years of bloody Belgian colonisation.

Each year, June 30 is celebrated across the world by the Congolese diaspora, with one of the biggest communities located in Belgium’s capital, Brussels.

The Belgo-Congolese are still marked by their past with Belgium as well as the present’s systematic discrimination and racial profiling.

The issues came to prominence when Black Lives Matter protesters attacked monuments to Belgian King Leopold II, who is blamed for millions of Congolese deaths during Belgian colonisation.

Young Belgians of Congolese descent see the June 30 celebrations as an opportunity to highlight the need for equality and the end of ethnic profiling in Belgium.

But the anti-racism movement has seen little participation from Belgium’s older Congolese generation.

“Our parents tell us not to protest as they fear violence towards us,” Mireille-Tsheusi Robert, the founder of anti-racist group Bamko-Cran, told Al Jazeera.

“We have seen our parents being humiliated and degraded in front of our eyes, and they are our heroes. We do not want to allow and endure the same relationship they had with the rest of the Belgian society,” she said. 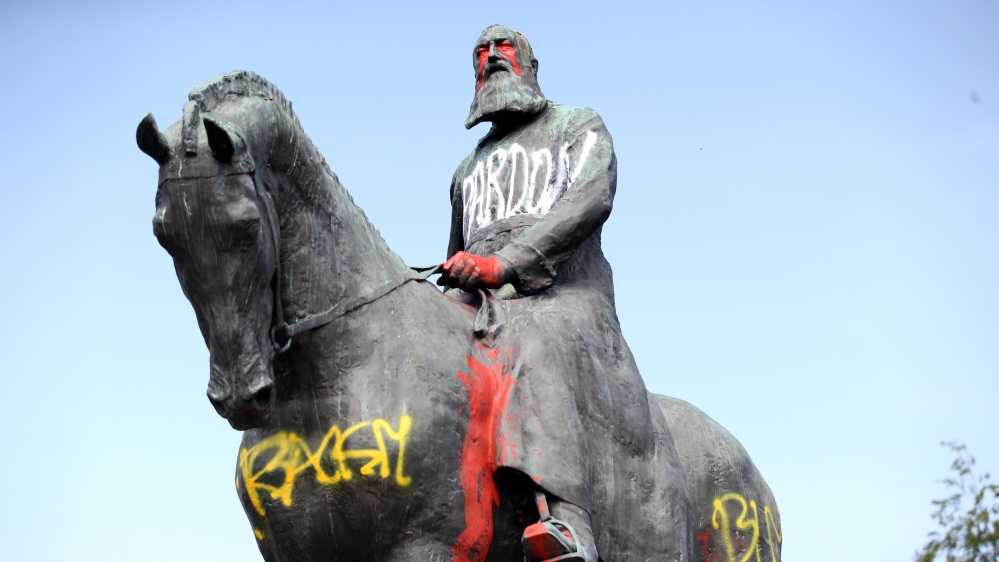 Others seek to end racism in Belgian society through other means.

Celestina Jorges Vindes, the owner of the first African bookshop in Brussels, told Al Jazeera that “literature is a good way to connect people with each other”.

“By reading about something that we initially consider different from us, we end up finding similarities,” she said, adding that she named her shop Pepite Blues (French for Blue nuggets) in reference to digging out the things that unite us.

The Black Lives Matter demonstrations have increased demand for African literature, especially on the topics of gender, decolonisation and racism, she said.

“These are not peripheral questions to the Belgian society, but they have been sidelined so far, and the issues need to be brought back at the centre,” she said.

“We need to finally learn to coexist, in the neighbourhood and in the city,” she said, referring to the Matonge neighbourhood where the bookshop is located and which has a large Congolese population.

Over the past 60 years, more than 280,000 people emigrated from the DRC to Belgium, with those arriving in Brussels establishing the Congolese community in the Matonge neighbourhood.

The area was named after a district of the DRC’s capital Kinshasa by the first wave of Congolese arrivals – students looking to live close to the Free University of Brussels.

“Matonge is the hairdressing hub,” said Adolphe, who fled the DRC in 2010. He works as a barber in one of the many salons. The owner had sold his shop in Kinshasa and reopened it in Brussels with the same name: Franck.

“People come to us because when they send parcels abroad, they want to be able to speak their language.” 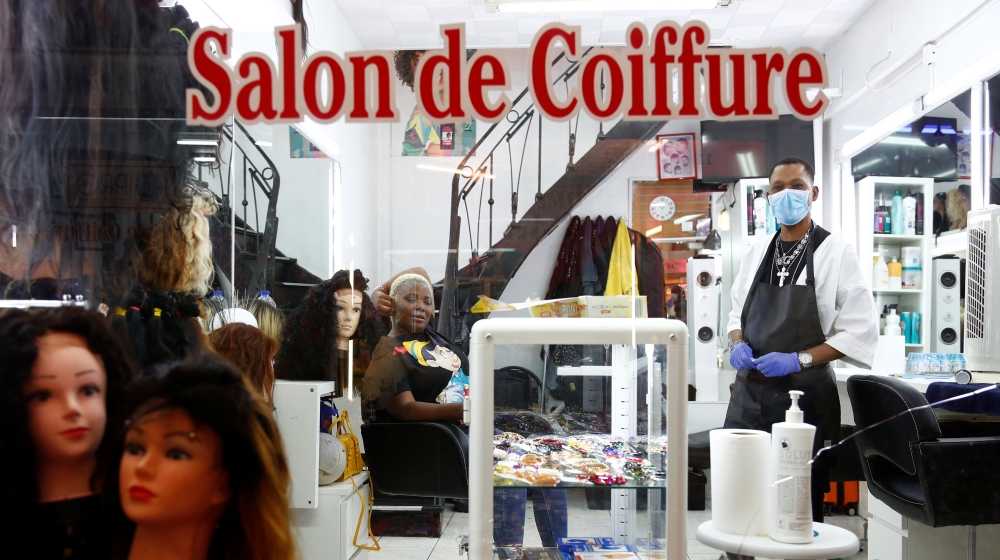 Hairdressers Nicky Chou and Ambrosio, originally from the DRC, in their hair salon in Brussels [Francois Lenoir/Reuters]

Queues form outside money transfer shops, most of the people sending money to their families in the DRC, a country that relies heavily on remittances.

According to figures, a Congolese person living in Belgium will transfer an average of 2,400 euros ($2,695) to the DRC every year.

While second-generation Belgo-Congolese seek to improve their life in Belgium, the older generation remains concerned about the situation in the DRC.

“Similar to the colonisation, the process of the Belgian decolonisation has been a disaster for Congo,” Philip Buyck, an activist who in 2005 opened the Lumumba Library in the centre of Matonge, told Al Jazeera.

Colonialism left a legacy of authoritarianism, with the country suffering under the regimes of Mobutu Sese Seko and his successors, Laurent Kabila and Joseph Kabila.

What little role that Belgium played in the transition towards independence has been heavily criticised.

The Justice and Peace (Justice et Paix) human rights organisation has highlighted the poor management of development aid from Belgium that never reached those who needed it most.

“Aside of justice for our community, one of the many demands from the Congolese are in fact financial restitutions,” said Mireille-Tsheusi Robert.

The first waves of Congolese arrivals did not make long-term plans in Belgium, hoping to return to their home country after the situation improved there.

So, the diaspora did not invest in real estate in Matonge, which hosts a growing number of European, pan-African and Middle Eastern cafes and restaurants.

New arrivals from the DRC and across Africa come to the area seeking support from compatriots who have managed to make a new life in Belgium.

Diallo, an asylum seeker from Guyana, was given a spot at the back of a salon for his tailor service in Matonge after living on the streets for two years. 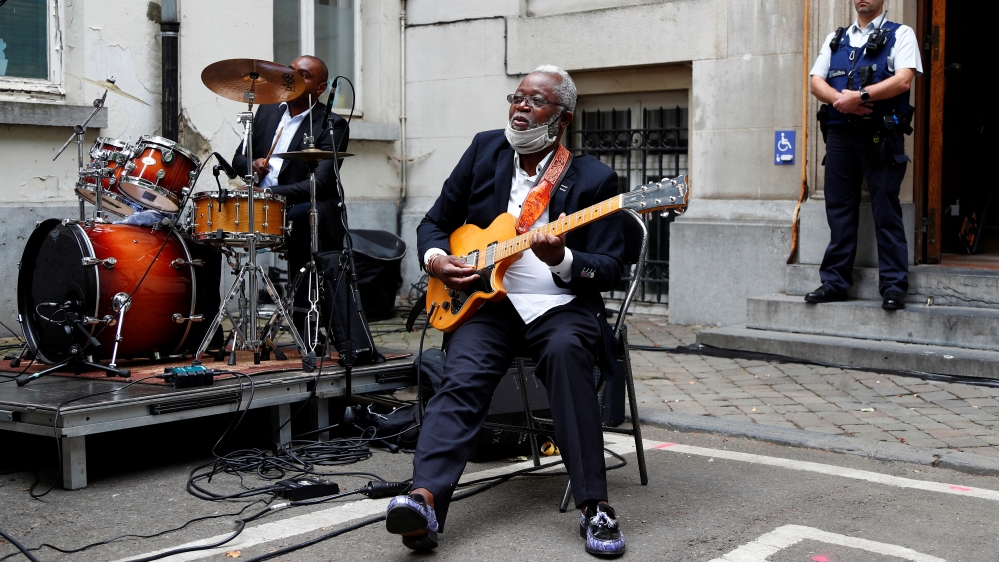 On June 30, he and many others in the African community celebrate DRC’s independence in Matonge.

Tickets were sold out at the Congolese-Flemish cultural organisation KUUMBA in the middle of Matonge, which on Tuesday hosts a concert and activities to celebrate the anniversary.

Philip Buyck has planned a full-day event at the Tam-Tam bar which will hear, among others, a speech by the son of the first Prime Minister of the DRC, Patrice Lumumba.

Lumumba became a pan-African symbol of resistance after a historic speech on June 30, 1960, in which he accused the former colonial masters of racist maltreatment and forcing “humiliating slavery” on the Congolese people.

On Tuesday, Belgium’s King Philippe expressed his “deepest regrets” for the harm done during Belgian colonial rule to the Congolese people, in a first for his country. 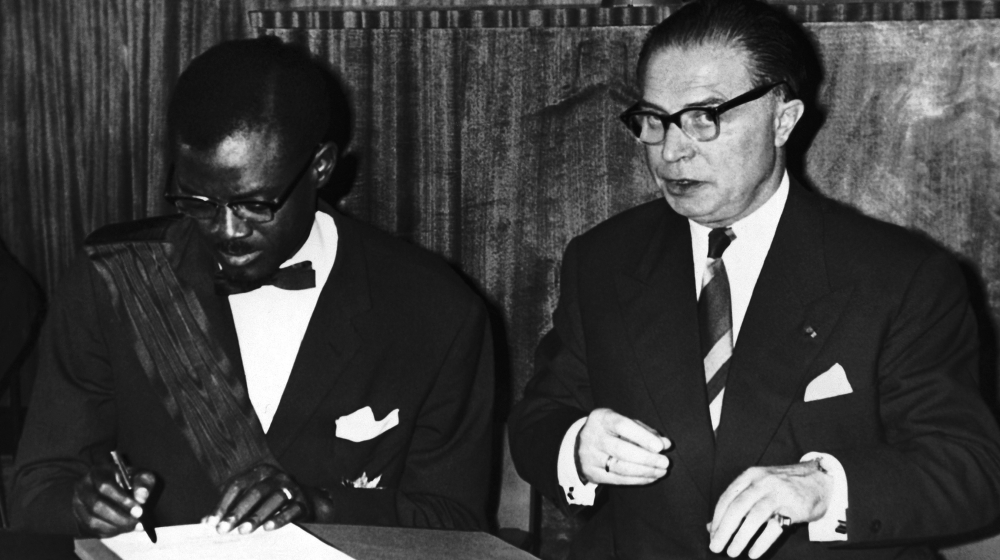 Patrice Lumumba signs the act of independence of the Congo on June 30, 1960 [The Associated Press]

My principal but probably vain hope for the general election, to be held on 10 August, is that it will