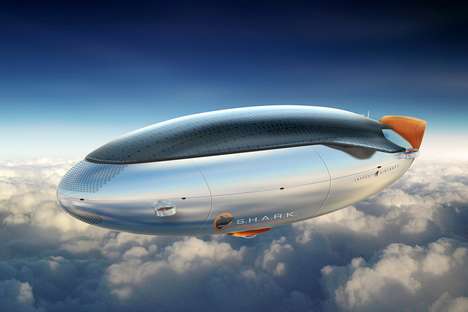 The conceptual ‘S.H.A.R.K.’ airship has been designed by Maform Design Studio for Endrödi Aircraft as an aircraft that would enable impressive research to be performed in the skies and much more.

The airship is capable of reaching an array of aerial positions in the sky to study the atmosphere, detect for aggressive weather patterns and even provide near-space observation. The aircraft could even be used for enhancing network coverage in urban areas and broadcast WiFi to help cities shift into the next-generation of connectivity without the need to build larger structures here on the ground.

The conceptual ‘S.H.A.R.K.’ airship has a solar-powered design thanks to a series of panels on the top, and is capable of breaking down water into hydrogen and oxygen to achieve continuous buoyancy.