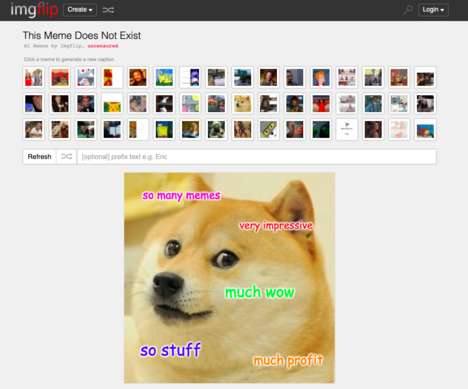 Imgflip is a place on the Internet where people can browse memes, GIFs and other funny images, as well as create their own using the site’s meme generator. Now, Imgflip is making its own memes with artificial intelligence that draws from more than 100 million public meme captions from Imgflip users and dozens of the most famous meme formats. The meme generator uses a neural network to create photos that are layered with words, which are both nonsensical and oddly fitting. Users can also add to the memes by adding text to influence what’s generated.

On the AI meme generator, users will see memes starring everything from mocking Spongebob and Doge to Oprah, Drake and Boromir in The Lord of the Rings.